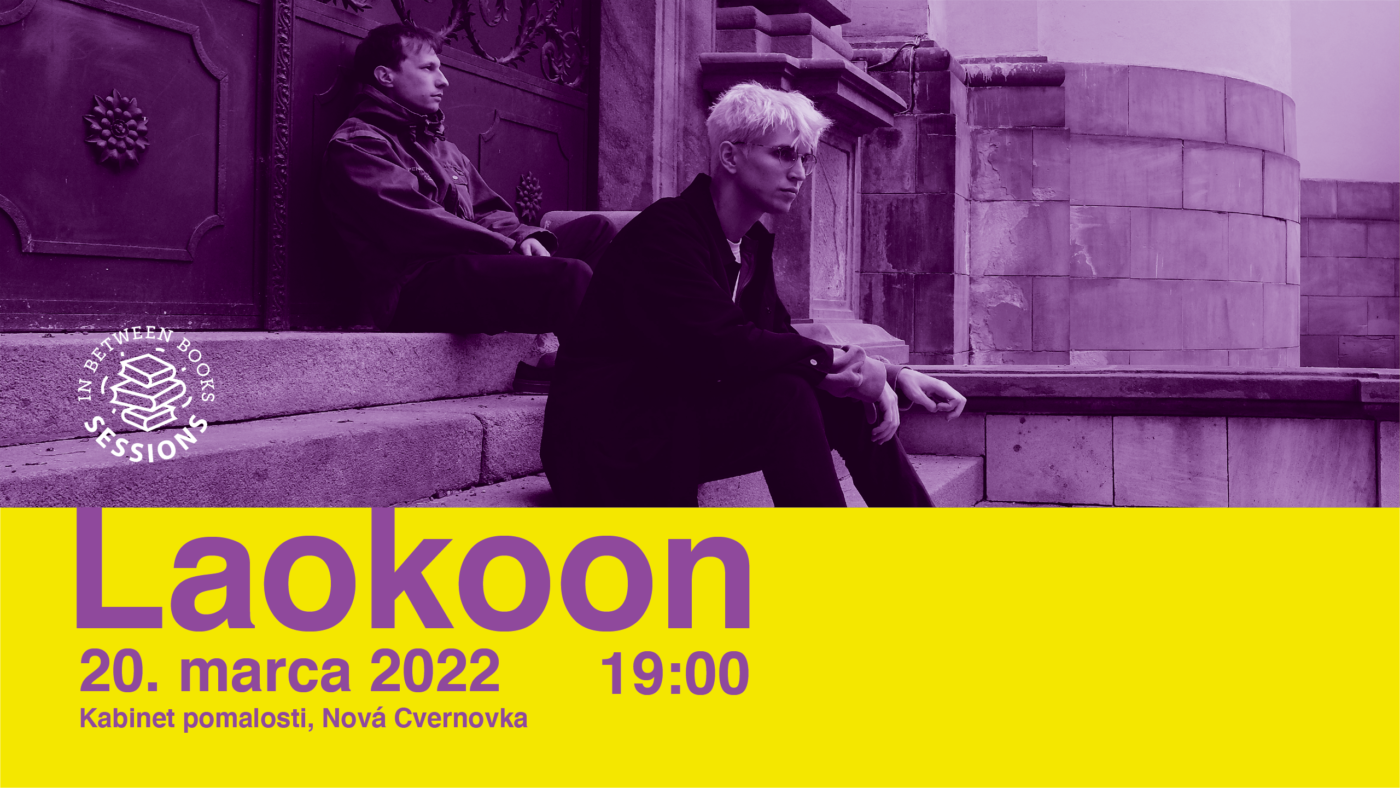 Another In Between Books concert awaits us on 20 March, featuring the Brno duo Laokoon.

Laokoon – Brno rap duo. Rapper and poet Mikulášs Hamerla (Sykvoye) together with producer Jiří Mácha (Killiekrankie) moved into an apartment in Brno, where their debut album Šperk was recorded years ago. “A hard-disc with all new material died. So sometime in the middle of summer we started from scratch, working on the album took almost half a year,” says Mikuláš Hamerla. They released their album in 2020 and in the same year they were nominated for the 1Band2Play talent contest together with Amelia Siva and Ilæy. The insistent tempo of the suffocating beats and the organic as well as aggressive vocal delivery is not wrapped in a toxic capsule. A light-reflecting duo from Brno, producing contemporary rap as they see fit that the present possibilities and maturity of the genre allow. This is the combo of the duo Laokoon, who burn not only in the studio, but especially live. So come and enjoy it!