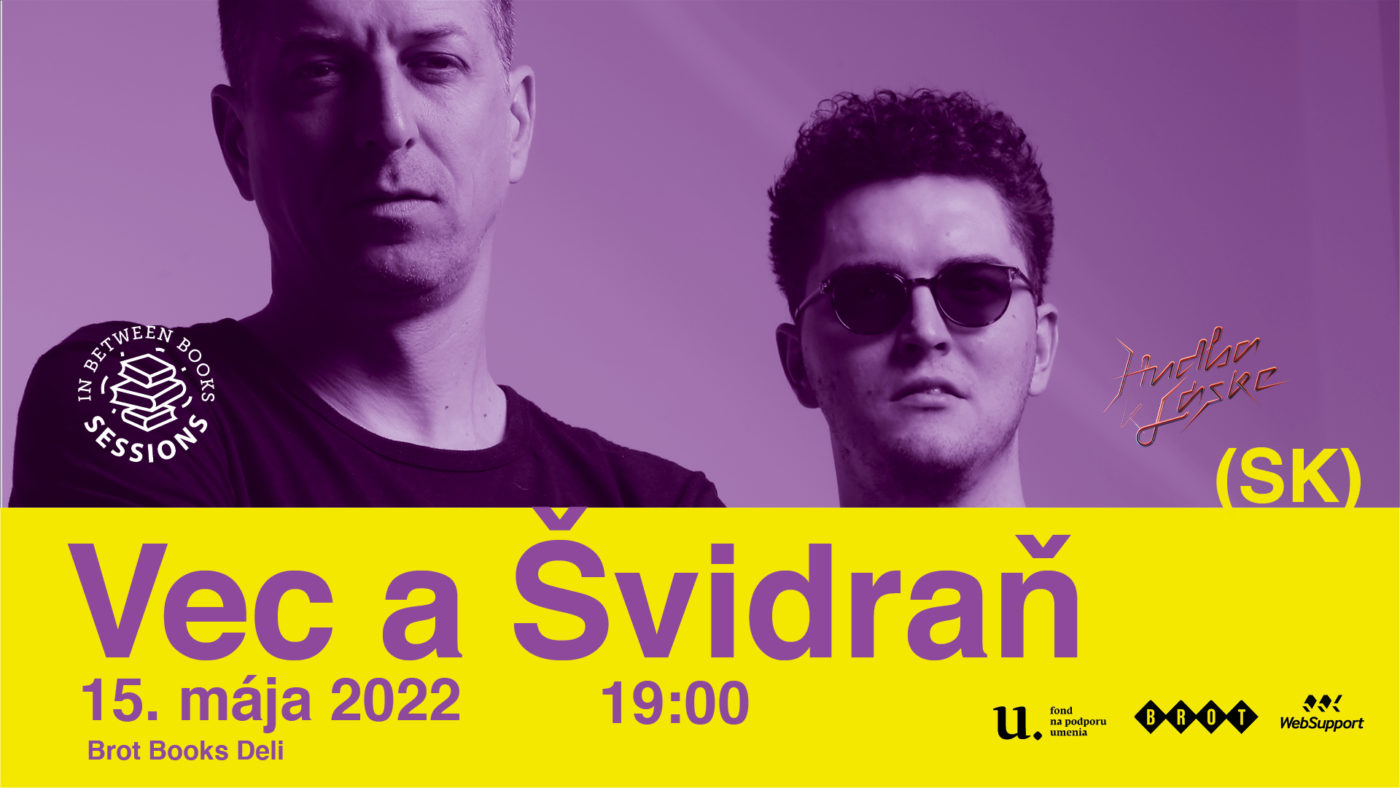 On May 15, 2022 we will meet at Brot Books Deli, where VEC and ŠIMON ŠVIDRAŇ will play a concert. Don’t miss it and we look forward to seeing you there!

In 2021, the album “Music to Love“, an 8-track work by Branči Kováč, which was greatly helped by Šimon Švidraň, was released both online and on vinyl,
guitarist and vocalist of Darkness Positive, Funkiez and Basie Frank band. Their mutual collaboration started back in 2016, when Šimon participated on the EP Domáce potreby in the track “Celý bez seba” produced by FVLCRVM. In 2020 came the pandemic and they met at the Plody doby event in Nova Cvernovka. Vec alled him into the studio and raised the question of whether he would help him first-first with the song “Zrátané” and later with other new things. Šimon nodded and together they created a mixture of rap, vocals, guitars and electronics. The album goes from a melancholic-tinged vibe through the cheerful, to tracks with strong personal statements. Released on Sam System with distribution by Warner Czech, you can find it on CD at www.samsystem.sk and of course on all popular music platforms, with the unprecedented option to switch to the censored version. The album is nominated in the shortlist of Radio_Head awards 2021 of the popular Radio_FM in the categories Album of the Year and Debut of the Year.