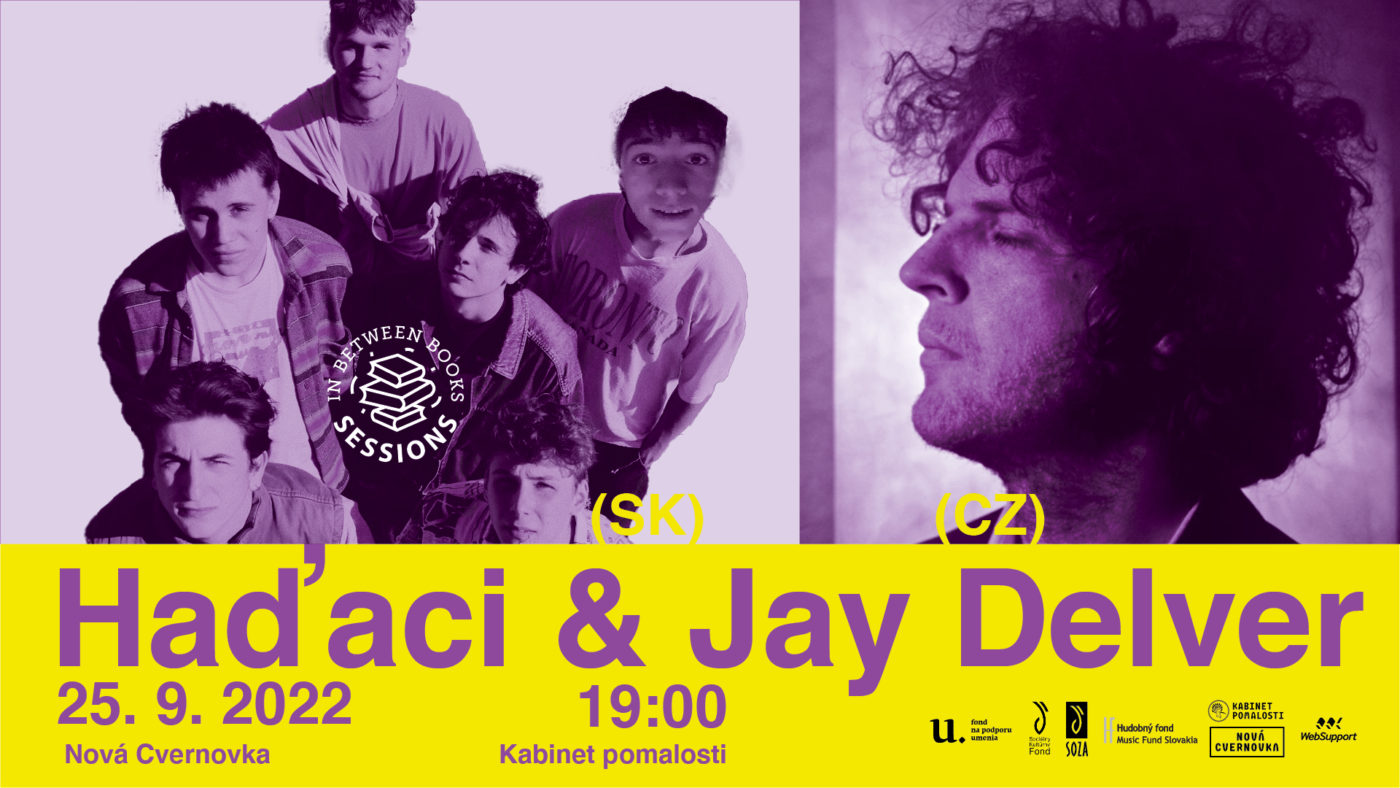 HAĎACI
Haďaci – young band from Bratislava composed of six strange guys (Miško Bruny -guitar, Šimon Bruny – drums, Meldo Melicher -bass, Serchi Sanchez -RAP, Kiko Krupica -guitar). They play pretty cool music genre-defined as -sometimes experimental avgpnkRAP- and are very well known just by existing. An unknown critic once said about them ,,If I come home from work and listen to “this” I will kill myself”.
JAY DELVER
The Brno band Jay Delver – the winner of the Jazzfruit 2020 competition – combines pop melodies with funk rhythms, jazz harmony and rock punch.
In the Czech Republic, they have played at Groove Brno, United Islands of Prague, Hradecky Slunovrat, Freedom Fest and Beseda u Bigbítu. Abroad, for example at the Paris-Prague Jazz Club in Paris, the Nisville Jazz Festival in Serbia, and also in Slovakia at the Bratislava Véčko club.
Their song Piece of Love stayed on the first place in the Radio Wave´s „Startér“ chart for the maximum number of weeks.
Some of the songs have been reworked into a big band version for the B-side Band, which this year features Jakub Urbánek as a guest vocalist and keyboardist, along with part of the band.
The band is currently finishing work on a second studio album with producer Amak Golden at Golden Hive studios. The band plans to release the album this fall. The release party will take place on November 30th at Metro Music Bar. Songs from the new album will also be played at our session In Between Books on 25.9. at 19:00.