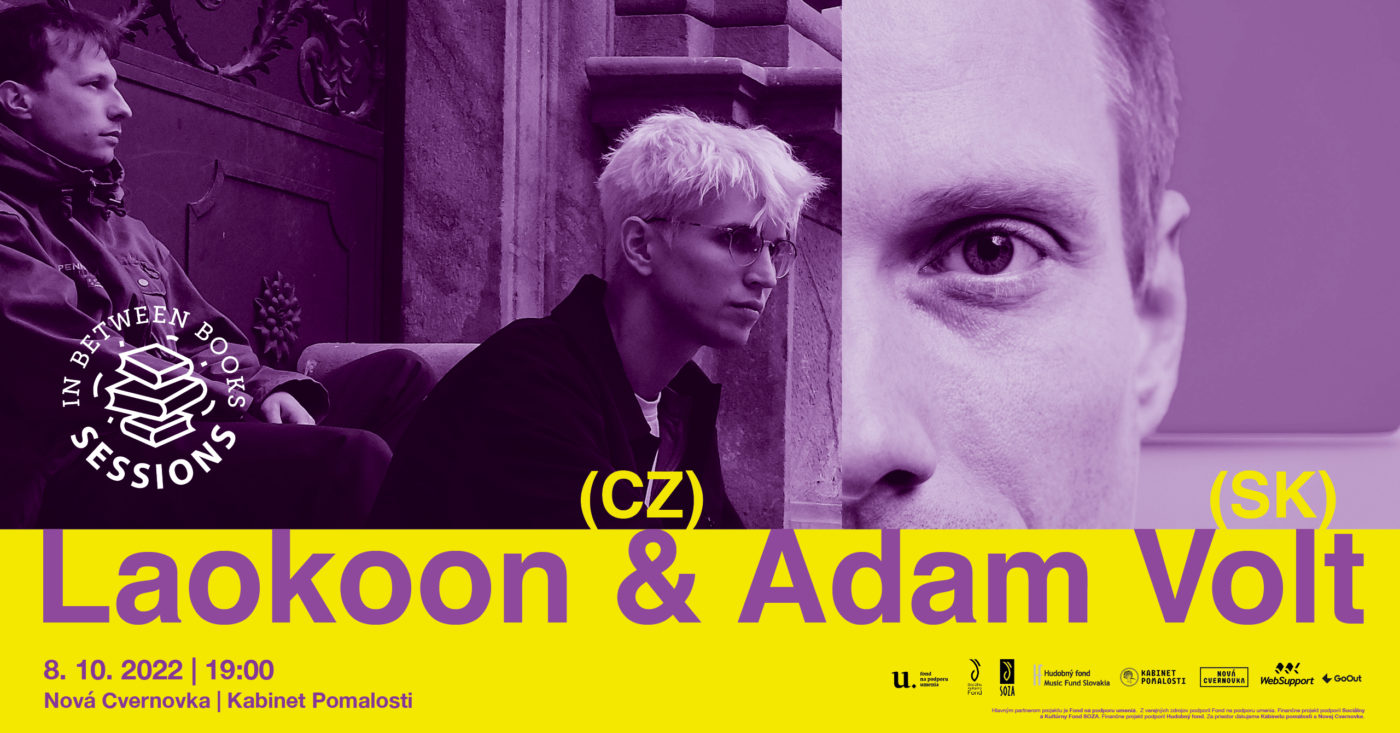 Adam Volt (SK)
is a sound-designer, composer, pianist and aspiring vocalist with a history of experience in many musical projects such as Nourish My Fame, Gladia Moony and Triple Sun. In his latest solo project, he brings vocal music with a touch of psychadelic-rock, avant-pop with jazz elements. The eclectic mix of vocal songs in English is accompanied by his band – a trio consisting of Martin Madro (percussion) and Michal Knotek (electric guitar). The combination of live synths, piano lines, electric guitar, sub-bass sounds and percussion such as darbuka, djembe and kachon will thus offer a colourful range of musical expression full of dynamics and unexpected twists and turns.
FB | IG
Laokoon (CZ)
Brno rap duo. Rapper and poet Mikulas Hamerla (Sekvoye) and producer Jiri Mach (Killiekrankie) moved into an apartment in Brno, where their debut album Šperk was recorded years ago. “A hard-disc with all the new material was destroyed. So sometime in the middle of summer we started again, the work on the album took almost half a year,” says Mikuláš Hamerla. They released their album in 2020 and in the same year they were nominated for the 1Band2Play talent contest together with Amelia Siva and Ilæy. The insistent tempo of the suffocating beats and the organic as well as aggressive vocal delivery are not wrapped in a toxic capsule. A light-reflecting duo from Brno, producing contemporary rap as they see fit that the present possibilities and maturity of the genre allow. This is the combo of the duo Laokoon, which burns not only in the studio, but especially live. So come and enjoy it!
FB | IG

Tickets via GoOut: symbolic 5 – 9 eur
Supported using public funding by the Slovak Arts Council. Supported by SOZA and Music Fund Slovakia. We also thank our partners at WebSupport, Nová Cvernovka and Kabinet pomalosti for their support.
See All Events
Cookie Consent
We use cookies to optimize our website and services. For our cookie policy, please see the Privacy Policy.