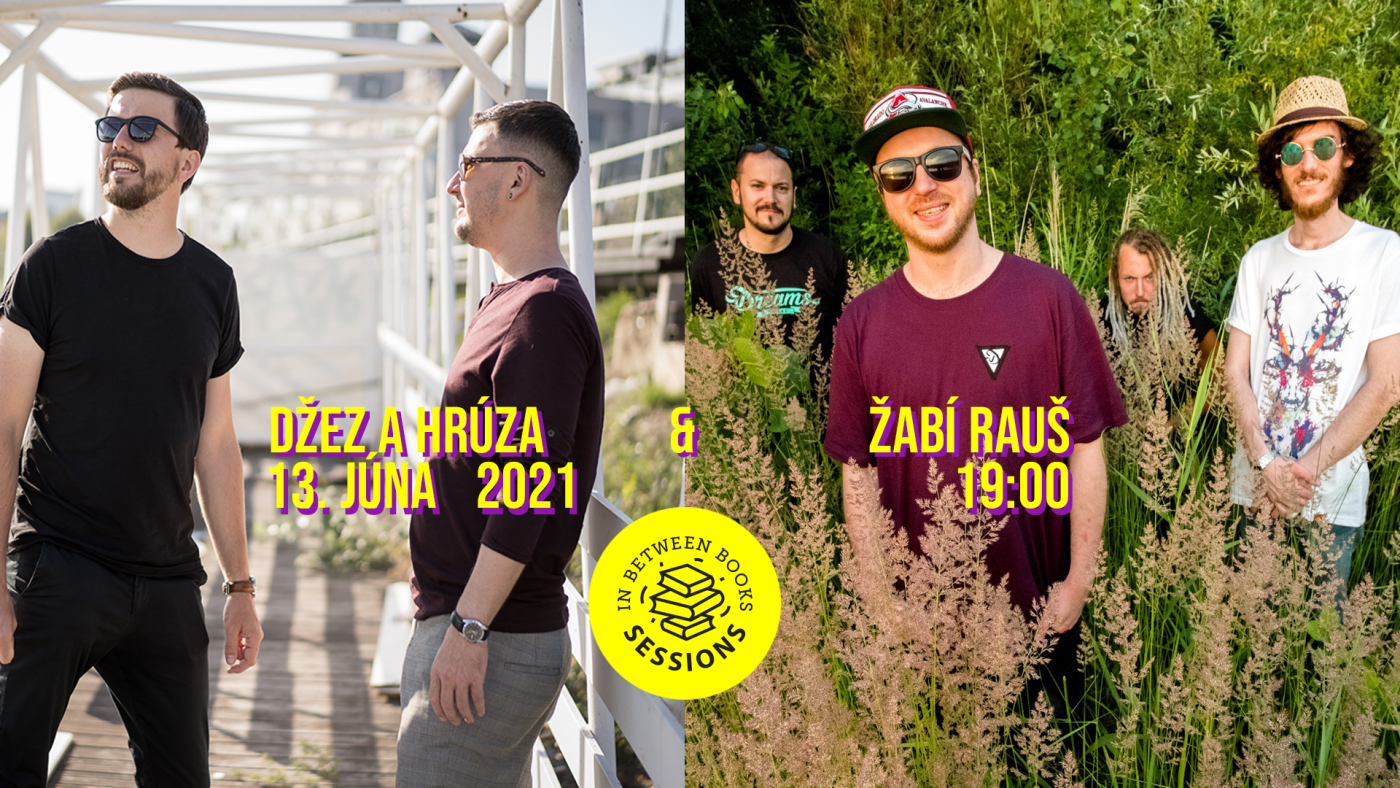 IT IS HAPPENING! We are leaving the virtual world to come back to physical reality! Book your seat via the link in the event description and do it fast, because the capacity is limited!
Džez a Hrúza is two brothers with company making their own music. Pop culture inspired, fantasy infused, real-life informed. There is some rock, unique rhythmic facets, improvised bits.
FB | MUSIC
Žabí Rauš is a Slovak rock band formed in Bratislava in 2016. Their music combines the energy of rock with grooves and elements of genres such as pop, hip-hop, punk or reggae, and their catchy songs celebrate freedom and the never-ending party life. So far, they recorded an EP Do lesov, an album Nemáme nič, čo nemáme and released music videos for a few singles. Their first single Do lesov enjoys airplay from Slovak radios, and the band was also announced “the new discovery of the Slovak rock scene“ by radio Anténa Rock.
FB | IG | MUSIC
Admission: voluntary, buy even 0 € ticket by GoOut
Stay tuned!