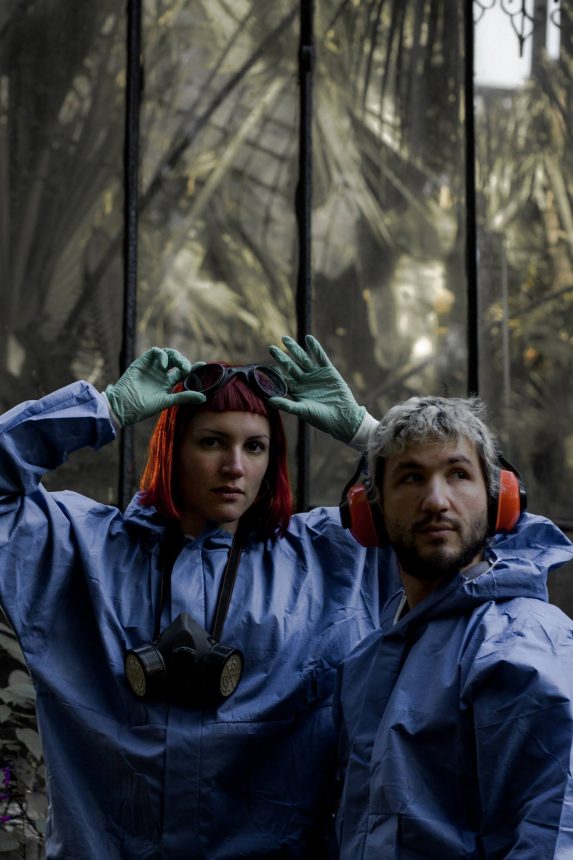 It is needed to make a reservation for a place. Just write us a message.
Supported using public funds by Slovak Art Council.

Nicolás y Catalina, a duet formed by Argentine musicians Catalín Munteanu and Nicolás Rallis​, embarks on its first
European tour, presenting original compositions from the new release “Los incendios forestales” (“The Forest Fires”) ​(2018)
and featuring the solo albums of both artists.
The songwriters will be presenting an album of songs (originals and cover versions) performed in two voice arrangements
and accompanied by electric and classical guitars. This album was recorded in Buenos Aires in 2018, between May and July.
In addition to the new compositions in collaboration, Nicolás and Catalín will be presenting arrangements of songs from
their solo albums: “Las fuerzas invisibles” (“The Invisible Forces”) (2018) and “La convicción permanente de que las cosas siempre están un poco mal​” (“The Permanent Conviction that
Things are Always a Little Bit Wrong”) (2016) by Catalín Munteanu, and “Estábamos tan tristes que no podíamos cantar”​ (“We
Were so Sad We Couldn’t Sing”) (2016), “Saltar al vacío​” (“Jump into the Void”) (2014), and “Canciones sobre el silencio​”
(“Songs about Silence”) (2012) by Nicolás Rallis. They will also include in their repertoire music by new leading artists from the
Latin American scene.

ABOUT NICOLÁS Y CATALINA
The duet starts in 2017, both interpreting rearrangements from the young artists’ solo repertoires and creating new
original compositions. Since then, they have performed in various venues of Buenos Aires. During January and February of 2018,
the duet embarked on its first tour through Chile, travelling almost all country from North to South, from the Atacama Desert to the
Chiloé Island. During this first trip, they shared experiences with Chilean musicians and offered concerts in different cities.
In July 2018 the duet released their first album “Los incendios forestales”, before
starting their European tour.