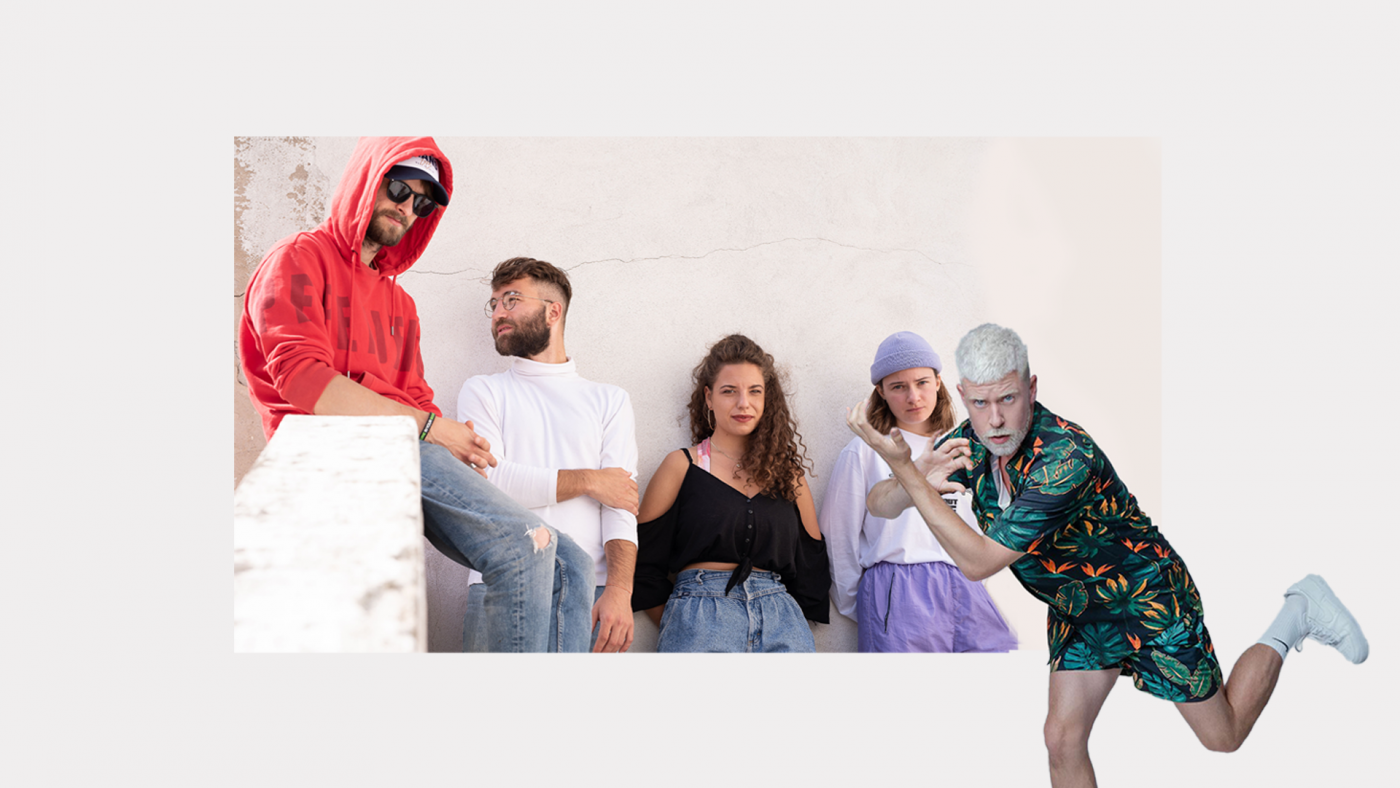 We are starting out In Between Books Sessions season 2021 with these two great projects – Velvet Case and Samuel Hošek!

VELVET CASE
Velvet Case was created in 2017 by the previously collaborating duo Peter Kunzo and Júlia Kozáková. Later they were joined by a young talented bass player Laura Jašková and sought-after drummer Dávid Juraj Raši. The sound of the band is completed by Lenka Molčányiová (sax) and Michal Cálik (trumpet).
Not only for their musical qualities, but also thanks to their youth energy, charismatic and original performance is the band considered an established act by the Bratislava music scene. These days, they are working on new music that will be released on their YouTube channel – VelvetCase.

SAMUEL HOŠEK
Samuel Hošek is a multitalented artist, singer, and performer. He is a winner of numerous American and European music and arts competitions.
At the age of 16, Samuel received a scholarship and studied at the TOP 50 best private school in the USA. After high school, he studied at The Academy of Performing Arts and Music in Bratislava, Slovakia. After his bachelor degree from drama, he studied jazz music at the Upper Conservatory of Jaroslav Ježek in Prague Czech Republic.
Samuel Hošek released his debut album ‘Our Time is Now’ in 2020 in cooperation with his producer Jureš Líška of Fallgrapp.
The sound of the album is close to alternative pop with features of electronic music, R’n’B, Soul, and Rap.
All lyrics written by the singer describe finding own identity and point out the questions of religion, faith, and perception of different cultures. They say stories about relationships, and discover inner world of the artist. Concept of the album is focusing on the inner world of human beings – nowadays, the main focus is on outer beauty, however, the most interesting thing for Samuel is what is going on inside us. Inside our heads. That’s what he calls the inner beauty.

You can attend the session via the link in the event.
Entry voluntary: 3€-10€
Stay tuned!