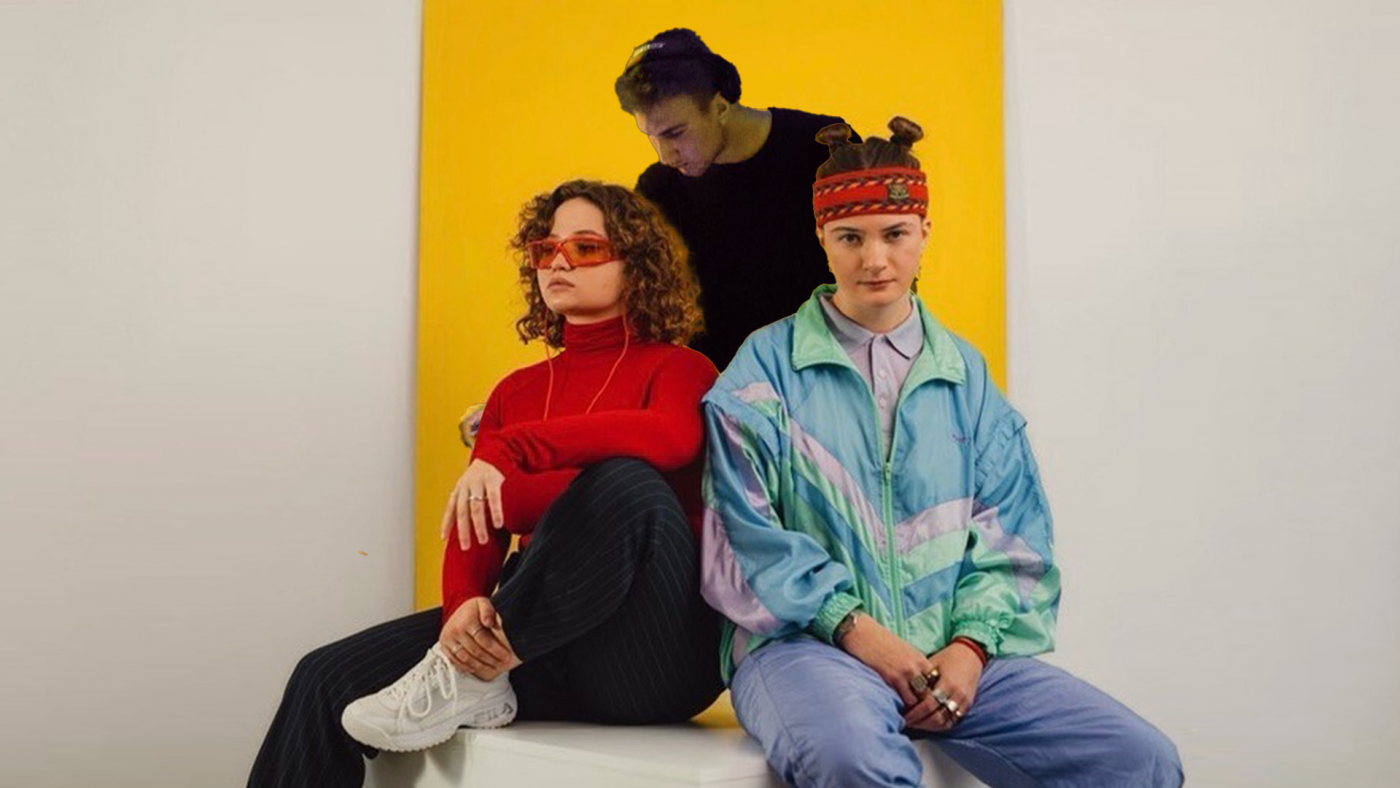 In May two young but experienced projects will perform.
Val&Lau is a dynamic duo consisting of singer Valentina Vlková and bass player Laura Jašková.
Collaboration began in 2019, when they made music under name Valentina. Since summer 2020 they perform as Val&Lau. Their debut single, Shadow, came out in 2019. It was presented by several media outlets in Slovakia and Czechia and was premiered on music television Óčko. Their second single, Follow, was released in 2020, with a video as well. 2020 was very fruitful, as they made a live session of a song called So Much Time and performed in a TV music show 3 pódiá, where they performed alongside popstar Zuzana Smatanová and Eleven Hill band. In 2021, they released song called DYWMT, with positive acclaim.
Laura is responsible of music production, and Valentina completes songs with lyrics and vocals.
Their music is inspired by alternative music from around the world. They want to bring new sound to Slovak music scene and make interesting songs with lyrics that will stick with their fans.
Girls are making new music that they plan to release as soon as it is ready.
IG | IG | MUSIC
https://www.youtube.com/watch?v=xof5j_jubCA

Whithe is an electronic producer from Slovakia who creates atmospheric, experimental ambient/dance tracks primarily with analog equipment. Over the course of his career, his music ranged from evocative soundscapes to more concrete and club-oriented sounds of contemporary techno and future garage. Coming from the Japanese label Mango Alley, but also releasing on the likes of Insight Music (UK), Imminent (RU), or Nama Recordings (US) in the past, he started out in 2015 by taking part in the Redbull Bass Music Academy in Prague – showing him the door to professional music production.

Two years later in 2017, he ventured on his first tour with Russian producer Fjordwalker, succeeded by the second tour with Jimmy Pé and Bulp in 2018. This year is special, due to Whithe preparing a release of his debut album. The last record due to date – Accidents EP has brought him positive recognition from the critics as “a globally sounding piece of work with the track Mistakes earning a spot on the famed Youtube channel MrSuicidesheep.” During his career, Whithe had the opportunity to support names like Kiasmos, Nina Kraviz, and Thundercat among others, while also spinning nights as a resident DJ at Subclub in Bratislava.
FB | IG | MUSIC
https://www.youtube.com/watch?v=eX3bic6z_BY
Stay tuned!

You can support us here by GoOut
Supported using public funding by the Slovak Arts Council.
We also thank our partners at WebSupport, Nová Cvernovka and Kabinet pomalosti for their support.
See All Events
This site uses cookies to help deliver services. By using this site, you agree to the use of cookies as described in Privacy Policy. Got it