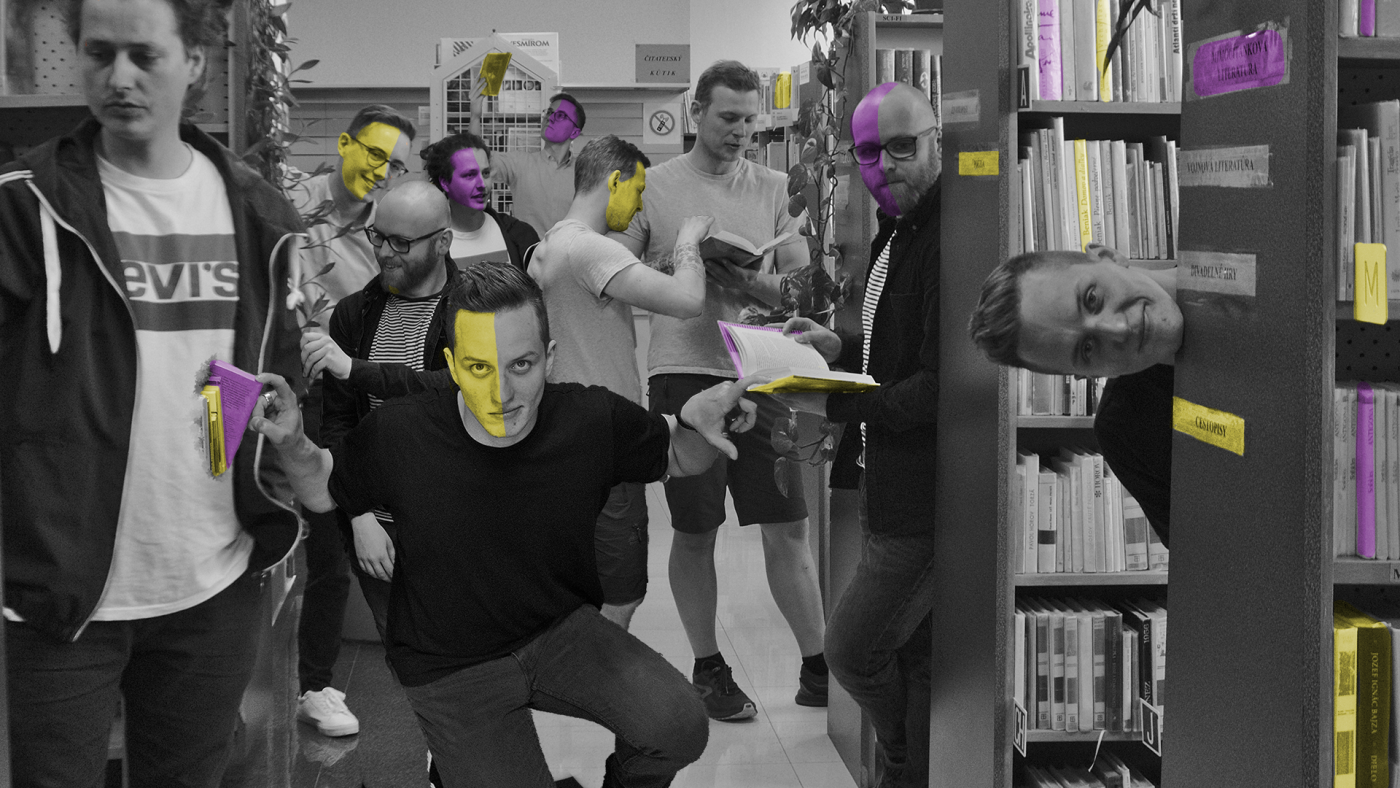 Boys from Andy Switch & Radiopieces will come to perform their first concert in Bratislava! They prepared special arrangements for the occasion, so don’t miss out!
Andy Switch and Radiopieces had previously entered the Slovak music scene as two separate projects through Radio_Head Awards and the alternative scene of Radio_FM. Today, they form one single band, vibing within the world-popular genres of trip hop, chill and neosoul.
Andy Switch & Radiopieces stand out with the unique voice of the lead vocalist Andy Switch, the inability to match their clothes for concerts and the unhealthy amount of jokes about diminished chords.
On May 23, the band will play their debut concert in the Slovak capital, at In Between Books Sessions. Out of fear of an upcoming conversation about literature after the concert, the band members hastily read 5 books each in an utter panic.