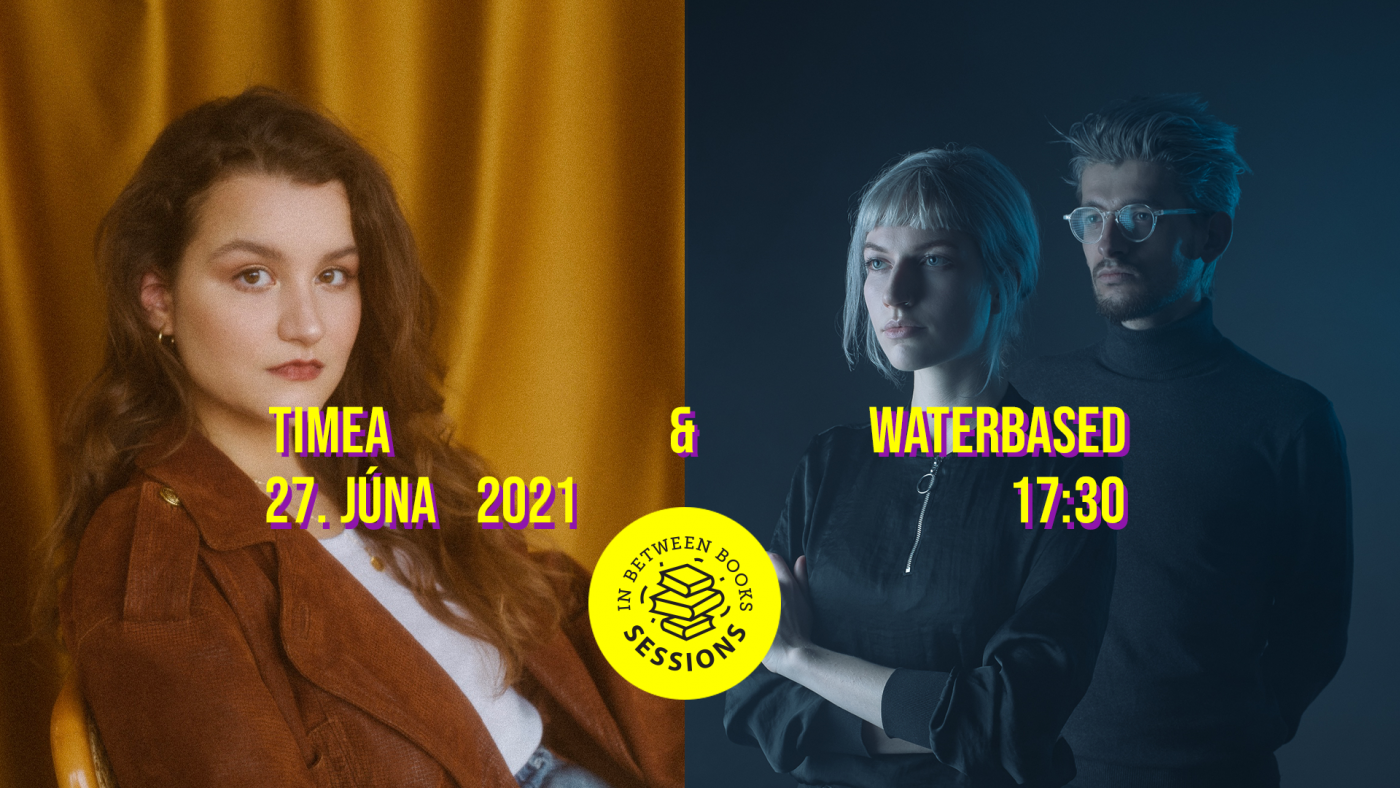 Come to out last session before the summer break to see two young and very talented projects – Waterbased and TIMEA!
The Slovak duo Waterbased based in Prague consists of a singer and lyricist Júlia Mihalyiová, and a guitarist and producer Ľuboslav Krajňák. Julls founded Waterbased in 2019 in Copenhagen, where she lived for 7 years. She got known in Slovakia thanks to her single Flamed, which was released with a music video, and the song was included in the rotation of radio FM. The Czech music magazine Fullmoon included her in the eleven upcoming artists from Slovakia with potential, and she also appeared in the nominations of RadioHead_Awards 2020 in the category Discovery of the Year, and single of the year. Together with Ľuboslav, from a band Fúzy Múzy, they have been intensively creating since the beginning of this year (2021) and preparing their debut album. In the lyrics, Julls focuses on personal experiences as well as reflections on society and the future. Waterbased embraces the sound of an electric guitar and its various forms.
FB | IG | MUSIC
TIMEA is a young singer-songwriter who debuted her music late last year. After releasing her debut EP Confusion of Warmth, she won the Advance Investments Foundation award and was also nominated for the „Discovery of the Year“ in the Radio_Head Awards by Rádio_FM. You can hear her songs regularly on Rádio_FM, but also in Czechia on Rádio 1 and Expres FM.
In the past months, TIMEA was working on her new single (out on June 25th) and getting together with her band for live shows. Last year, she performed at the Pohoda In The Air festival as a fan contest winner and played during the so-called Sun Greeting. This year, she will be playing at festivals both in Slovakia and Czechia. Her band consists of TIMEA/Timea Gregová (vocals, guitar, piano), Erik Horák (bass), Roman Lauko (drums), and Rado Činčura (guitar, piano). They will play their first gig together at In Between Books Sessions.
TIMEA plans to release one more single in summer and then fully immerse herself in the debut album creation process. In September, she is moving to Berlin to study songwriting at the prestigious BIMM (British and Irish Modern Music Institute).
FB | IG | MUSIC
Admission: voluntary, but it’s necessary buy even zero ticket via GoOut
Stay tuned!