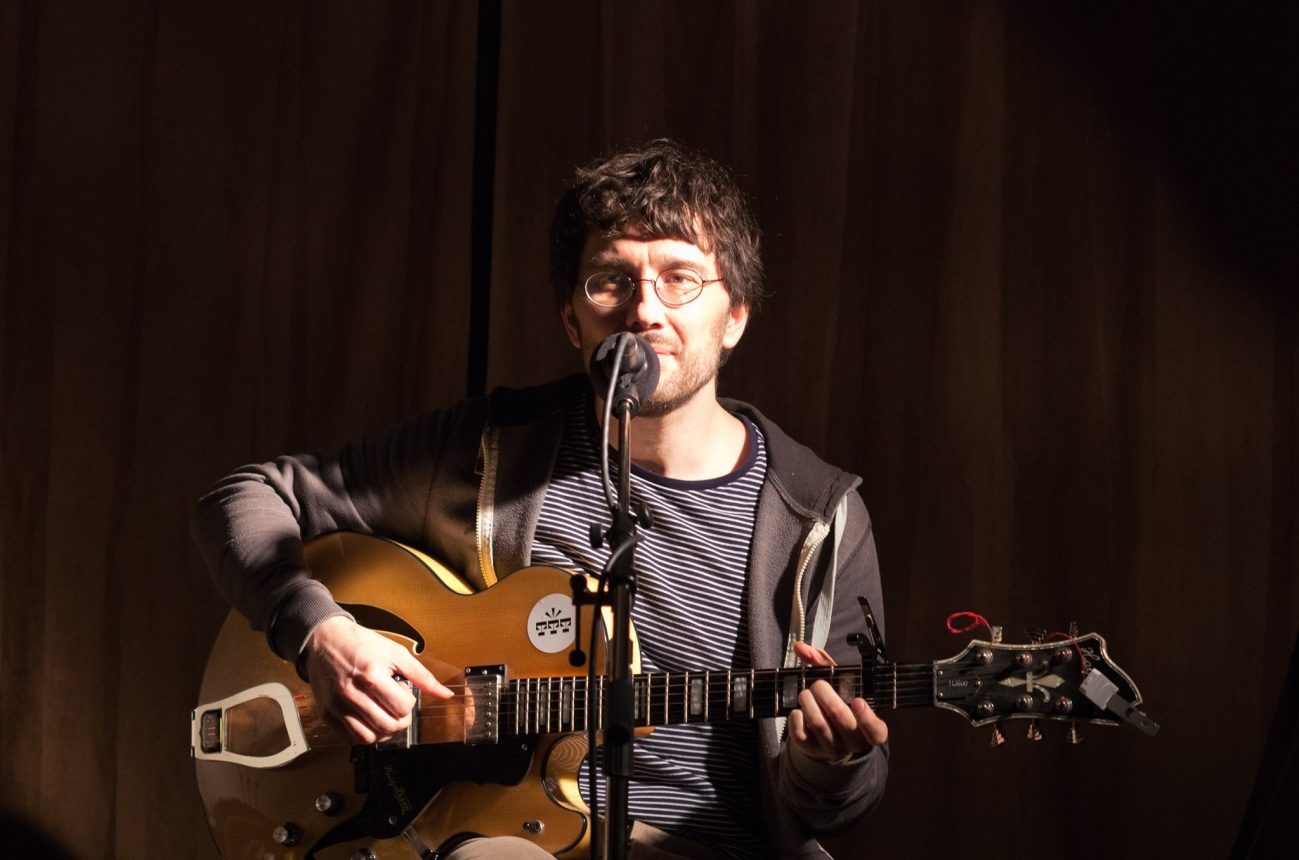 Admission volunteer for support In Between Books Sessions.

Peter “Petiar” Lachký (1977) is a Slovak singer and a standup comedian. With a public performance he started in 1997 as a Singer-songwriter. In 2000 he released his CD V krajine… (In The Country…) and since then he worked tirelessly on the second CD, which is constantly in the process of collecting material and finding a suitable concept. As the author’s view of the world is changing, he has new experience and themes what he wants to precess, the process is unlimited. He is performing in clubs as well as in festivals in Slovakia and in the Czech Republic. He also absolved concerts in Poland, United Kingdom and in Netherlands. His creative work is vague and requires attention of audience. He more likes small clubs and teahouses for performing. But he played also on the biggest genre festivals such as Lodenica, Prázdniny v Telči, Zahrada, Trampská Porta, Strunobranie. For some interesting part of his CV he considers several concerts as the pre-club of Karol Plíhal.