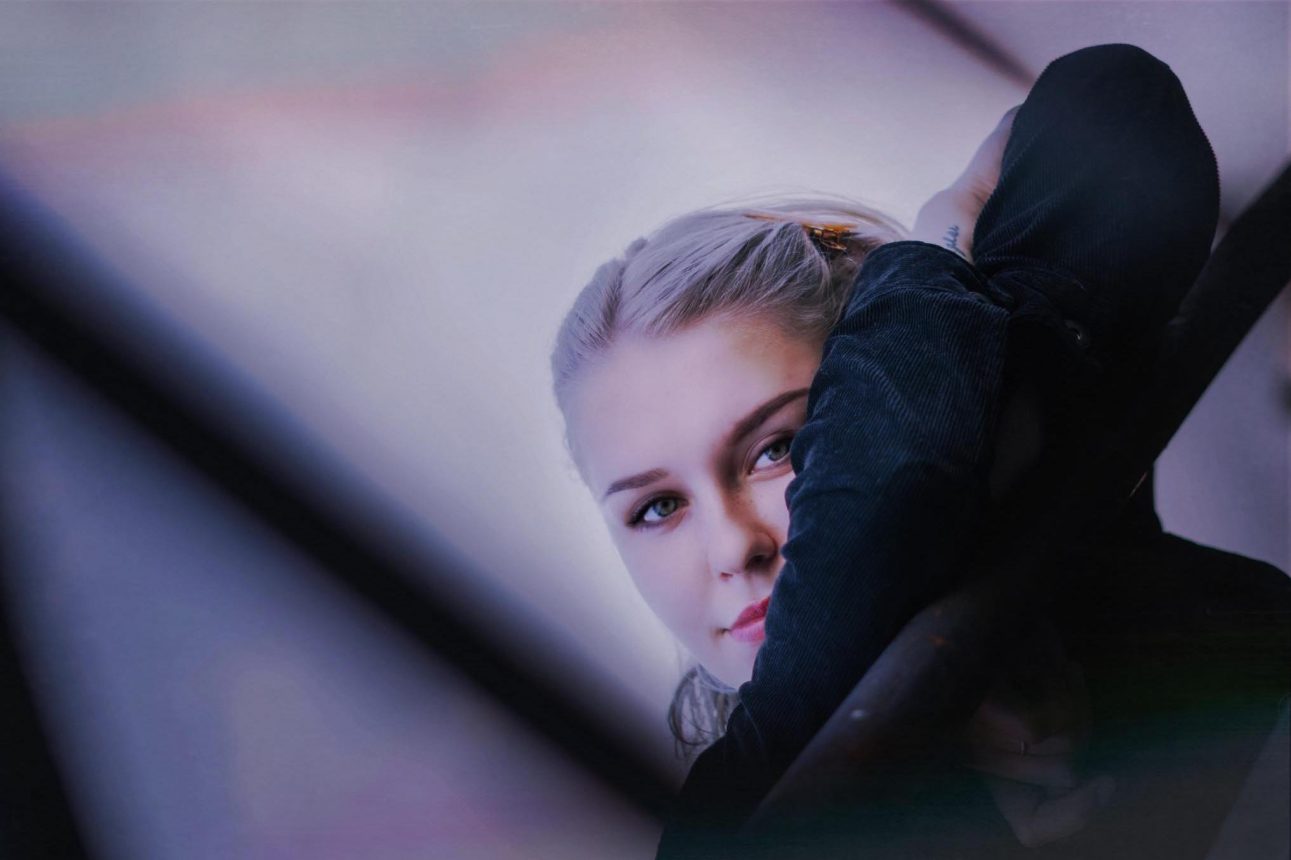 Bianca Macková is the singer-songwriter from the project called Blanch. Their sound combines the calmness and melancholy of folk and dream pop. Quality of this up-and-coming artist was recognized by several nominations at Radio_Head Awards, as well as with Advanced Investments Fund award. Shortly before the release of her debut album Delusion, Blanch told us about what changed for her in the past year, how the album recording process went, and what comes next for her and her project.

You performed In Between Books a year ago. What has changed for you ever since?

A lot has changed over that time. The most important thing that happened to me was the creation process of my debut album Delusion (out Sept. 13). The other important thing was winning the Advanced Investments fund award at Radio_Head Awards, even though I haven’t made it to the final nominations in other categories. Last, but not least, I finally found bandmates that I feel good with on and off the stage. I think it is very important to have like-minded people in the band to work with. That was one of the biggest struggles of my beginnings, as my project started as a solo at first and I had to find fitting musicians down the road.

The release of your debut is just around the corner. How did the creation process go? What were your biggest struggles and what, on the other hand, was much easier than expected?

I have written the songs on the album between the end of 2016 right up until the very recording sessions. The first song I’ve written that made the album is Wiser. The very last one is Behind (Delusional Meaning), which has yet to be published for the first time.

The whole studio environment was very new and unknown to me, as this has been my first time. I’ve always recorded my stuff at home, but this was something completely different and new. This part of my life has been the best and the worst at the same time, as on one side, my dream became reality, my songs were being recorded. I’ve always dreamt of that! On the other side, this period has brought more stress, sadness and existential crises to my life than ever before. I don’t like to talk about this publicly that much, however, I like to translate these feelings through my songs. Behind (Delusional Meaning) is basically a summary of this whole period of my life.

What inspires you most in the creation process? What comes first: music or lyrics?

There are two periods in my creative process. One is when I try really hard to write something and I either write nothing or something I don’t identify with as much. And then there is this period when it is „the right time“, when I am full of thoughts and feelings that are begging to get out. That is when I sit down and make a song in a very short period of time. Often, when I try to remember the process, I simply can’t. It is really something that is hard to be explained, but I hope it makes sense at least a little bit.

Why do you call yourself „Blanch“?

I chose this name in the very beginning. I did not want to perform under my real name. Blanch came from Bianca, which also means white in Italian. Blanch is of French origin and comes from blanc, which is white in French. I wanted to keep some similarity, but also make it different at the same time.

What word or sentence defines your project the most?

I always joke that when it comes to genre, I’d call it indie soulfolk. Whatever that means. I’d have to think too hard to define it by a sentence, as I feel that from the author’s point of view, their work is always very complex, so I just say that it is up to people to define and name it for themselves, when they hear, and hopefully, understand my work.

Do you have a special ritual before your concerts?

Not really. I always drink a lot of water before my concert and tell myself that everything will be alright. Also, I always carry a precious stone with me, mostly lapis lazuli – it adds self-confidence and keeps the neck chakra balanced.

What song are you proud of the most and why?

Which song is your favorite one in your repertoire?

What has been your biggest success so far as Blanch?

My biggest success so far is that I can be Blanch and that people listen to what I have to say. I appreciate every day that I can do, what I love. I consider every single thing that happened to me as Blanch as a step forward and as a great gift and opportunity.

And what’s next for Blanch?

The album release is approaching, as well as concerts following afterwards. After these, I’d like to start working on new songs. Also, I started studying at a university, so my next plans are my studies, concerts and a lot of work on the new songs.

Delusion is out Sept. 13 (Slnko Records).