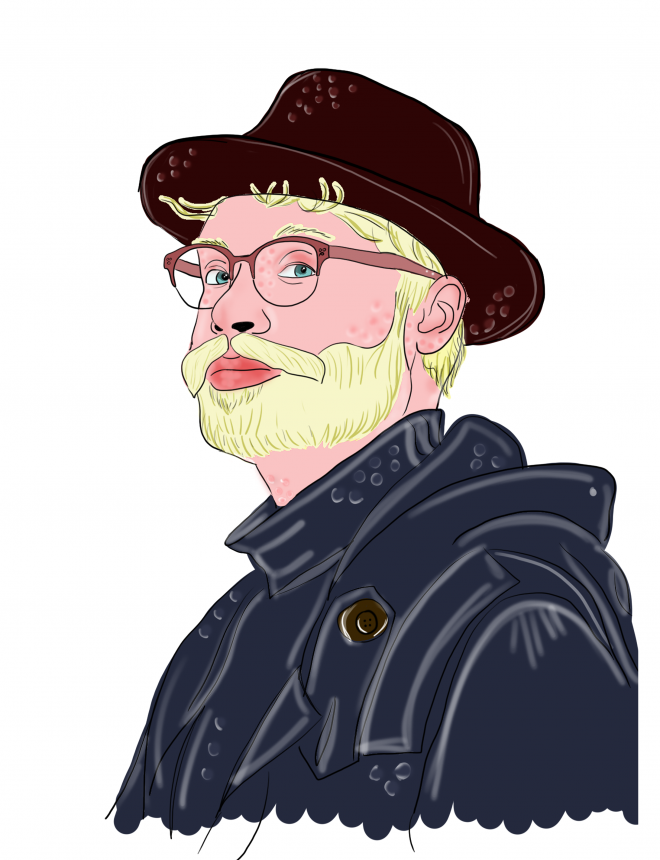 Hi! I am Mário Drgoňa and I was born in 1994 in Trnava. I studied musical-dramatic arts, which is a fancy name for acting, at a private conservatory in Nitra and after that I studied theater dramaturgy at the Academy of Performing Arts in Bratislava.

When I was about ten, I fell in love with the guitar, and music has not left me since. During my high school years, I had a solo folk project that I played in Nitra cafés with. Also, I was part of a punk-rock band. In conservatory, we got together a trio with my friends that later turned into a quintet; we were called Decent and our music was a mix of genres. I sang and played the guitar, but also wrote songs with two of my bandmates. After graduation, our ways parted and as I moved to Bratislava for college, my musical journey came to an end. It is something that is tied to a certain time, place and people. I wanted to stay in contact with the music world, though. In 2017, I founded In Bewteen Books Sessions. This DIY project that I used to run by myself, only with the help of our videographer, has grown quite some since then, didn’t it? It is still fascinating to me that we are getting close to a hundred sessions made and that we got Low Roar and Cat Clyde, among others,  to play in our project, as I found them on YouTube years ago and wanted to book them ever since, to see them perform live in Bratislava.